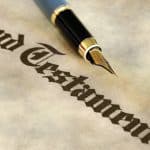 While it doesn’t happen in real life as often as it does in the movies and on soap operas, Savannah wills and trusts lawyers do sometimes have to deal with a contested will.  Wills and trusts are created in order to ensure that a deceased’s wishes are followed, as well as for the financial benefit of heirs.  Additionally, they are often used to protect minor children or those with special needs.

When a will is contested, it’s usually by someone who feels that property left to the will or trust was not bequeathed appropriately.  In the case of children, someone may feel he or she is a better-suited guardian than the one a parent named.  It’s up to the Savannah wills and trusts lawyer to help ensure that the decedent’s wishes are carried out.  This may boil down to refuting claims made by others, but the most important job is to set the will or trust up properly to begin with.

When Can Someone Contest a Will?

There are several reasons that a will can be legitimately contested:

Contesting a will is not easy.  Wills and trusts lawyers in Savannah do everything they can to make sure their client’s wishes are outlined according to the letter of the law in order to avoid just such a scenario.  It’s also possible for a testator (the person making the will) to include a no-contest clause.  The clause clearly indicates that anyone who contests the will forfeits their inheritance.  This isn’t a 100% guarantee that no one will contest it, but it does offer some incentive to better follow your wishes.  A Savannah wills and trusts lawyer can work with you to determine if this kind of clause might be beneficial.

When Can Someone Not Contest a Will?

There are reasons to contest a will, but “I don’t like what it says” is not one of them.  An individual isn’t allowed to simply drag everyone into court to change a will because he or she isn’t happy with the way the property has been distributed.  So, if your sister thinks she should have gotten your mother’s ring, but you left it to your daughter, the sister doesn’t have grounds to contest the will.  Additionally, only someone with a direct financial interest is allowed to contest it.  That means that a son-in-law cannot contest a will because he thinks his wife was treated unfairly.

The best approach, of course, is to work with an experienced Savannah wills and trusts lawyer who can set things up properly from the very beginning.  The estate plan should be comprehensive and not leave room for ambiguity to be exploited later.  Likewise, the attorney will make sure that each aspect of the process complies with applicable laws.  As for the testator, there are things he or she can do to reduce the likelihood of a will being contested, one of the most important of which is to share what the will says and what your reasons are with beneficiaries before you pass away.  This leads to less surprises later and also provides a better understanding of the decisions you have made.