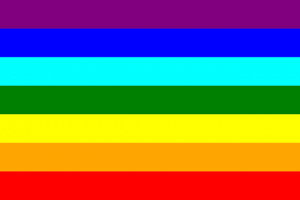 The Supreme Court’s landmark decision regarding same-sex marriage brings with it many issues that are probably best discussed with a good marriage and estate lawyer in Savannah. Because of the previous inability to legally marry, many of those now looking to walk down the aisle are considerably older than typical newlyweds. This leads to additional considerations regarding a number of topics, not the least of which is Social Security.

Before the Supreme Court decision, only couples living in states where same-sex marriage had been legalized could expect Social Security benefits from/for their spouses. Now, however, there are a number of benefits that are potentially available. For example, if one spouse is or becomes disabled, the other may be entitled to a spousal disability benefit. There is also a lump-sum death benefit of $255 that a surviving spouse may claim. The surviving spouse may also be able to draw the deceased’s benefit if it is greater than his or her own. This can be tricky terrain, with the possibility of suspending or delaying retirement benefits for various reasons, so a Savannah marriage and estate lawyer can a good resource.

Of course, Social Security benefits are contingent upon meeting certain criteria. Fortunately for so many couples, one of the more basic—that of a legal marriage—can now be achieved.

Other Legal Implications of Marriage

The right to marry also brings with it a lot of legal responsibilities. It is, after all, a binding contract between two parties. Financial planning. Estate planning. Legal planning. All that in addition to wedding planning! Fortunately, a smart marriage and estate lawyer in Savannah will be able to offer insight into all of these areas. In many cases, that particular attorney can do a lot of the work for you; and if not, there’s a pretty good chance he or she knows someone who can.

One of the hard-won rights for same-sex couples is the ability to be involved in a spouse’s health care. From being able to visit one another in the hospital to having say over medical decisions, these are some of the most important benefits of marriage. While some of these rights are conferred automatically, marriage lawyers all over the country will still encourage any married couple—same sex or not—to create health directives, powers of attorney, healthcare proxies, and more. Being legally married is an excellent step in the right direction, but having the proper documents puts everything into order.

Finally, don’t forget to talk to a Savannah marriage and estate lawyer about a prenuptial agreement. No, a prenup isn’t generally seen as romantic, but despite waiting so long for the legalization of same-sex marriage, the unfortunate truth is that some of those unions will end in divorce. This is a typical service offered by a newlywed and estate lawyer in Savannah and is one that shouldn’t be overlooked during this exciting time.