As Savannah elder law attorneys, our answer to this question is yes and no.  In most cases, it depends on where the adult children and the elderly parent live in the country. Technically, more than half of states have laws on the books that require adult children to pay for their parent’s nursing home bills if the parent is unable. However, filial laws are very rarely enforced due to a number of factors. 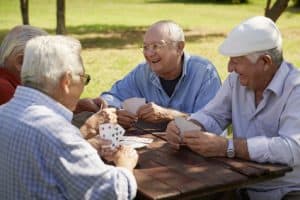 As noted above, adult children can be held responsible for paying their parent’s nursing home bills. However, there are a number of exceptions to this rule because of existing federal laws. For instance, filial responsibility laws do not come into effect if the parent qualifies for Medicare coverage because Medicare may pay whatever bills the parent cannot pay out of pocket. Of course, if the parent does not qualify for Medicare then the adult child may be responsible for nursing home bills.

However, even that scenario  does not occur very often. This is because a senior who cannot pay for care will often receive federal assistance in the form of Medicaid which is a type of health insurance for low-income Americans. In addition, federal Medicaid law prohibits long-term care facilities from coming after adult children to pay for their parent’s nursing home bills and also makes it a criminal offense to deny care to patients.

In order for filial responsibility to become an issue, a number of issues will have to take place:

While it’s rare for all these circumstances to occur, it has happened in the past where an adult child of a parent in a nursing home has had a judgement levied against them for failure to pay the nursing home bills. Some Savannah elder law and estate attorneys fear this may become more prevalent as the costs of care continue to rise due to changes in the American healthcare system.

If you have an elderly parent in a nursing home and you are worried that you may be responsible for their nursing home costs, please give our Savannah estate and elder law firm a call at (912) 352-3999 to set up a consultation so we may assess your situation and give you proper guidance regarding filial responsibility laws.