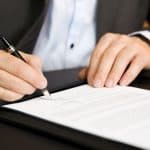 It seems that nearly everyone is interested in the lives of the British royal family, and now estate planning lawyers have theirs piqued, too.  In September, Prince Harry—Princess Diana’s youngest son—turned 30.  With his birthday came access to the rest of his inheritance from his late mother.  It’s not his birthday that is of such interest, rather the fact that Princess Diana had clearly expressed her desire that he receive her assets five years ago.

That’s right, Princess Diana’s own estate planning wishes were not followed, and it’s all because of a handwritten letter.  She had stated in her will that her directions should be followed “…as soon as possible, but not later than two years following my death…”  She also stated that the directions to be followed could also come in the form of “memorandum or notes of wishes of mine.”  The next day, she wrote a Letter of Wishes that laid out how she wanted various assets to be distributed.

Because of certain wording used in the letter, the distribution of many of these assets was successfully postponed by the executors of her estate—her mother and sister.  In the Letter of Wishes, Diana directed that her assets be held in trust for her two sons and 17 godchildren.  The two Princes were to receive 3/4 her property at the age of 25 and the other 1/4 was to be divided among the godchildren.  Instead of sticking with the obviously clear intent of the letter, the executors quietly went to court and had things changed.  They were able to do this because the Letter of Wishes allowed them to use their discretion.

And their discretion included only giving one piece of jewelry to each godchild (instead of their share of the 25% of Princess Diana’s personal property) and keeping Harry and William’s inheritance in trust until the youngest reached 30.  In the 17 years since her death, all of her personal property was held in a collection by Diana’s brother who earned money by charging people to view it.